With the Nano Pro TX transmitter at the heart of the action, filmmakers never miss a shot 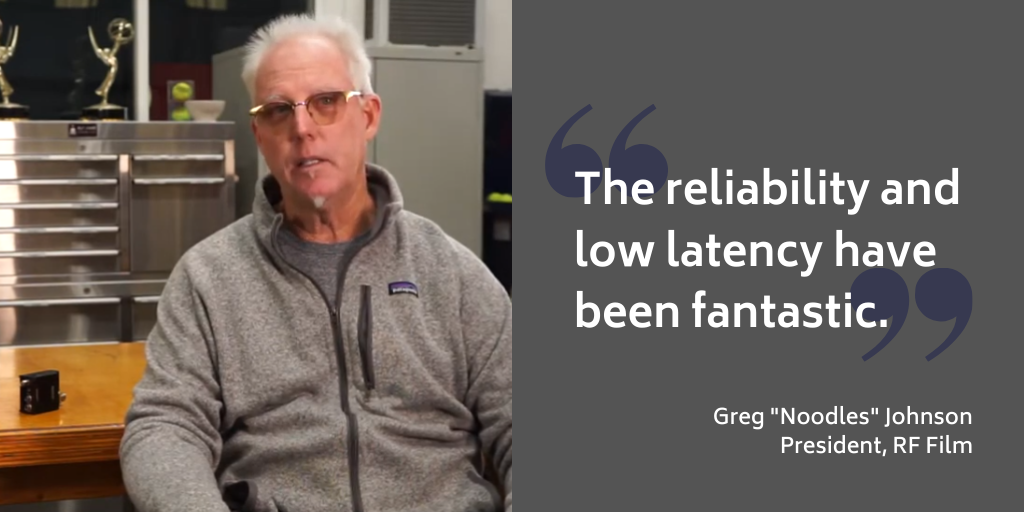 In filmmaking, you can’t miss the shot. This is particularly true in the high-impact, action-based films that RF Films have provided their real time, wireless video expertise on, including “Ford v Ferrari” and “Fast & Furious.”

The technology making the shots work includes our own BWS Nano Pro TX. This ultra-miniature, COFDM digital video transmitter was designed for POV and body-worn applications. It offers stunning HD images from the heart of the action, and is perfect for use when equipment size and battery run-time matter.

As Greg “Noodles” Johnson of RF Film says, the Nano Pro TX transmitter offers low latency, which is “extremely important when you’re panning and tilting the camera. If you’re five frames out, and it’s an action shot, you’ve missed the shot. We’re doing this at maybe a frame delay, and it is fantastic.”

Our U.S. distributor, Broadcast Technologies and Services, has been providing RF Films our BWS solutions along with their service expertise.

“We’ve had some great help along the way with service, and that’s really important” says Greg. “Its really good to be able to pick up the phone and get a problem solved quickly so Production doesn’t even know or you’re not holding up the show. It’s been a great partnership, that’s for sure.”

To learn more, watch the interview with Greg here.