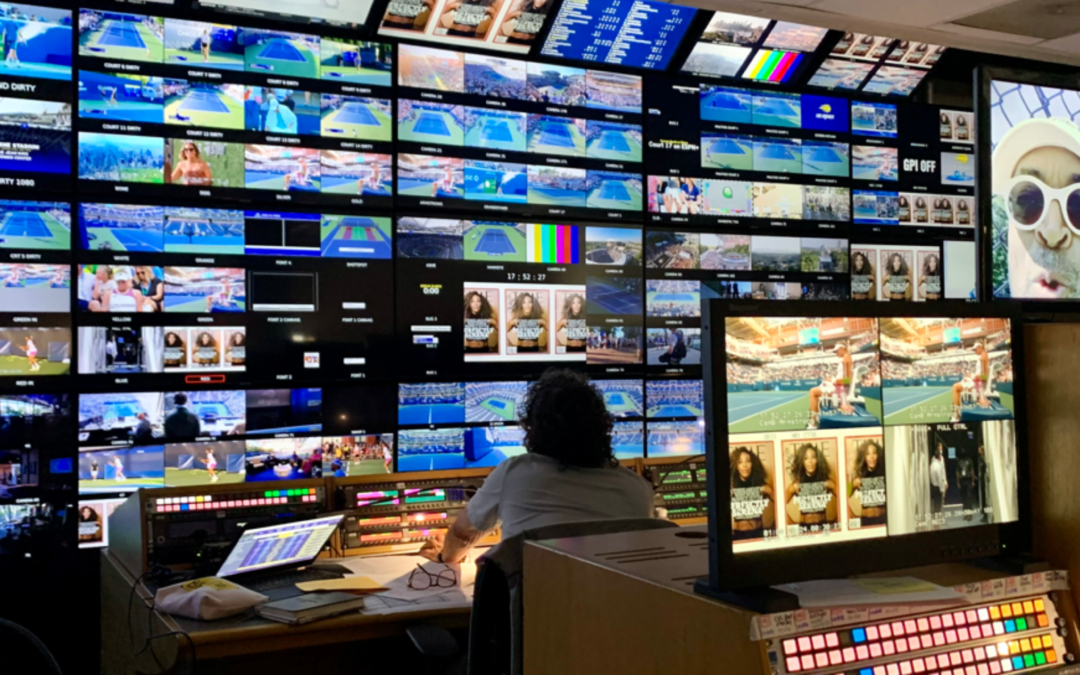 Southampton, UK — As the final Grand Slam tennis tournament of the year, the US Open in Queens, New York is a must-see sporting event being watched by millions around the world. Gravity Media, a leading global provider of live broadcast facilities and production services, is providing dedicated broadcast services for all the action, with 23 wireless cameras covering the tournament’s 17 tennis courts. Hard at work behind the scenes ensuring all that wireless activity is possible is Domo Broadcast Systems’ 5MHz modulation solution.

Starting on 23 August and running to the finals on 10 and 11 September, Gravity Media’s 180-strong production team is providing services to the host broadcast and domestic facilities for ESPN alongside unilateral facilities for Amazon Prime and Eurosport.

“Using a large number of wireless cameras requires a lot of wireless links. This puts pressure on the RF bandwidth available, which is increasingly being allocated to telecoms and other users,” says Simon Martin, Sales Account Manager, Broadcast at Domo Broadcast Systems. “Traditionally, a H.264 encoded HD wireless camera link occupies a 10MHz-wide bandwidth slot. But with 23 cameras, getting the needed 230MHz of bandwidth on site just wasn’t going to be feasible. Gravity required a way to minimise the number of RF licenses needed while still providing high-quality, reliable performance.”

“RF Frequencies are usually licenced in 10MHz slots. However, using the Domo Broadcast System solution, Gravity Media is able to have two 5MHz transmissions  — specifically 4.8MHz — in a single licenced slot,” explains Simon.  Our new Eclipse-TX encoder is substantially more efficient than the older H.264 encoding standard. Although we developed it to enable native UHD/ 4K links, we knew that when an HD link was encoded with the Eclipse, the increase in efficiency would result in high quality in just 5MHz of bandwidth.”

Gravity Media has been able to immediately double the bandwidth available to use for all their wireless devices.

“It’s been a great success as we’ve been able to make more effective and efficient use of the RF bandwidth — an increasingly precious, but much-needed commodity,” says Tony Valentino, Head of RF and Specialty Cameras of Gravity Media.

A solution for many large-scale sporting events around the world

The pressure on RF bandwidth is an issue being faced by sporting event producers everywhere. Thankfully, the quality of the Domo Broadcast solution encoder for HD links in a narrower bandwidth can help solve this problem.

“UMVL is designed to enhance performance when you are using  higher-frequency bands, or in high-speed transmission applications, such as motorsport,” states Simon.

“Our RF performance is such that higher orders of modulation can be used reliably. Operating in 16QAM FEC2/3 GI1/8, we achieve 8.4Mbps. The video quality our of HEVC encoding is such that it matches or exceeds the quality of H.264 codecs operating in standard DVB-T 8MHz bandwidths.

Domo Broadcast Systems is on stand 10.D40 at IBC in Amsterdam, running from 9‒12 September, where they are showcasing the benefits of their DBS RF Modulation solution.